We have an exciting announcement about our next Sensory-Friendly Concert!

We will have SEAN LANE performing for us!

Sean Lane, M.Ed.,MT-BC, has been part of the Washington/Baltimore music scene for more than a decade, playing jazz, R&B, classical and popular music. He performs solo as well as with his group, Bay Jazz Project.  Sean has played at the Kennedy Center, Takoma Station, The National Press Club, Constitution Hall, and Camden Yards, among other venues. He has also played at five Presidential Inaugural celebrations, and regularly plays piano at Nordstrom and at fine hotels and restaurants in the Maryland/DC area.  Sean has released three albums. You can find more info here.

And here’s something really awesome! Sean has many years of experience as a certified music therapist, working with students with various special needs such as: autism, serious emotional/behavioral issues, learning disabilities, chemical dependency, physical disabilities, and TBI.  He understands and respects autism, and is excited to perform some original compositions which our musical autists will love.

He will be bringing Seth Kibel,  who is one of the Mid-Atlantic’s premier woodwind specialists. Seth works with some of the best klezmer, jazz and swing bands in the Washington/Baltimore region.  Seth wows his audiences with his skills on the saxophone, clarinet, and flute! 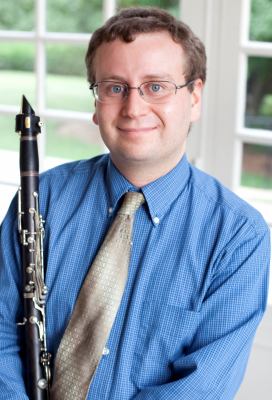 Our June 16th Sensory-Friendly Concert (6:30 pm) is guaranteed to be an engaging time for every member of our audience!

The location for this Sensory-Friendly Concert will be at Chuch on the Rock,  649 Old Mill Road Millersville, MD 21108. This is directly across the street from Ruth Parker Eason Special Ed Center.

And like always, there will be plenty of opportunity for local “musical autists” (and including ALL friends of Neurodiversity) to take the stage as guest performers – no matter what age or ability level!  We passionately believe that Sensory-Friendly Concerts are a beautiful way to achieve goals of social-expression and self-advocacy!

You know our mottos!….

Equal Rights to the Fine Arts!

Last Main Street Wauchula open mic of the season. Finished it out with a bang @mainstreetwauchula ...

Do you have stage fright? As an autistic musician I struggled with this a lot. Even neurotypical people suffer from stage fright. Learn how to change your mindset and overcome this in our newest blog article. As always...link in bio. ...

NEW blog post about co-songwriting and autism, link in bio. “I can hear it.” He said. And he started playing some chords on his guitar as I shyly sang the melody I had been thinking of. From there we took off! Verse and chorus ideas were flowing. I was contributing even more lines from my book and other new lines right on the spot! We were smiling and laughing and singing. When it came time to write the bridge, the melody and phrasing came up through me and we wrote the lines in minutes! What a beautiful moment in time. #songwriting #songwritingsession #autism #autisticmusician @rebrandingautism @elevatingautisticmusicians @themusicalautist ...

Get to know autistic musician Sunny Ceferatti and Learn more about Relative Pitch vs. Perfect Pitch in our newest blog article! Link in bio.
Photo description: Young Asian woman sitting on a couch chair in front of a fire place. Photo text says- Music has had a positive impact on me. I can’t really articulate the emotions that I feel about when I’m really into a song. My voice gets louder and I guess my emotions would be like passion. And like if the song has really powerful lyrics, yeah. I can connect with them. A quote by Sunny Ceferatti #autism #autisticmusicians #perfectpitch #relativepitch #music #musician @elevatingautisticmusicians @themusicalautist @sunnycefaratti @rebrandingautism ...

Relative Pitch vs. Perfect Pitch- when I was 14 years old, I discovered my ability to play songs by ear. We were visiting my brother at his college, and when we entered one of the buildings and I heard the most beautiful piano music being played. I immediately recognized it as George Winston’s “Joy”. I had always wanted to be able to play his music, but at the time he did not print sheets. So I asked this young man, how did you learn that? And he shrugged his shoulders and said “I just listened to it”. The whole ride home I thought about what he said while listening to GW’s December album on my CD Walkman lol. I said to myself, “I can do that too”. Follow us here and on our website (link in bio) for my upcoming article with the rest of this story. I will also discuss Relative Pitch vs. Perfect Pitch, which one I have, and the differences between them. You can also follow me at @rebrandingautism @georgewinstonpiano #autisticmusician #autismandmusic #perfectpitch ...

An autistic adults thoughts on Sia’s new film ‘music’ which casts a neurotypical actress as an autistic character. Follow our link in bio for the full article. Written by: @rebrandingautism @siamusic #autism @communication_first #autisticmusician @disabilityfilmchallenge ...

🎹🎸🎤🎧A quote from today’s blog post by @rebrandingautism Click link in bio for the full story written by autistic musician, writer and filmmaker Jennifer Msumba. Follow us here for lots more content to come written by and for #autistic musicians! #autisticmusician #autism #autismacceptance #music ...

Jade Excell is a 12 year old autistic student musician from Maryland. She has been studying with Groove Studios - Ukulele , druming and singing in a disability inclusive music program and at the Academy of fine Arts in Gaithersburg, classical piano. She has been playing in talent shows in her school and community for the last 5 years and in 2020 was accepted to be part of the Maryland Fine Arts office yearly Celebration of artists. Jade was accepted into the Middle School Percussion Ensemble at Mason Community Arts Academy, George Mason University in 2019 to play percussion. Jade released 6 cover songs when she was only 8 on Spotify of her favourite songs. She has since learnt by ear her favourite songs from Nickjr, Disneyjr on ukulele and shared those on her instagram @Jadie_autistic_musician and facebook pages- Autismgirlsandmusic. She loves kid music, R& B music and classical music. Jade you rock!! 🎹🥁🎤 #autisticmusician #elevatingautisticmusicians #autism #musician ...

Today we would like to feature Micah @rock_on_micah who is a 19 year old autistic musician. He has had a love for music for many years and he started an all music YouTube channel in June 2020. Together with his dad they are a two man band called The Positive Autism. Micah is on vocals, keyboards and harmonica. His dad plays guitar and bass. They write and produce original songs, covers and even take requests! In November Micah released his first album of original songs called Autism Rocks! I Am Micah on iTunes, Amazon and all the digital platforms. Way to go Micah!! You can also find him on his YouTube channel Autism Rocks- Music by the Positive Autism. Micah thank you so much for sharing your talent and your story with us 😃 #autisticmusician #elevatingautisticmusicians @themusicalautist ...

Want to keep up with everything that's going on at The Musical Autist? Follow us across our Social Networks.